In this article, we present 17 Famous female designers from around the world.

Born Gabrielle Bonheur Chanel, “Coco” was an exquisite French famous female designers and founder of the well known Chanel brand, whose modernist thought, practical design, and pursuit of expensive simplicity made her an important and influential figure in 20th-century fashion. Coco Chanel was the only fashion designer to be named on Time 100: The Most Important People of the Century.

Donna Karan’s love of fashion was instilled in her a young age, shaping her brand in several ways. The renowned fashion designer launched Seven Easy Pieces with her first collection in 1984, transforming the way women dressed and thought about style. Donna Karan’s understanding of the needs and desires of the modern woman is conveyed through every fabulous piece.  The fashion visionary is the sole creator of the DKNY label (Donna Karen New York), flourishing as an iconic creative mind and designer throughout the past three decades.

After the murder of Gianni Versace in 1997, his younger sister Donatella Versace took the reigns and leading the Versace name to new heights and vast fame. She ensured that Versace stores and boutiques would cater to different fashion centers around the world, particularly Milan and New York. Prominent celebrities such as Jennifer Lopez and Madonna have endorsed the company’s fabulous collection of clothing, accessories, fragrances and home furnishings.

The Connecticut born designer spent her childhood in dance classes, inspiring her exuberant, vivacious label that rocks the fashion industry due to unique, one-of-a-kind designs since the 1960s. Betsey Johnson’s creativity,  famous female designers and imagination are apparent in her pieces, constantly ever-changing with the times but remaining true to herself and her design aesthetic, embodying enthusiasm, fun, and fervor.

Born on May 10, 1949, one of our favorite Italian fashion designers, Miuccia Prada was once a member of the Italian Communist Party and a mime student. The amazing designer first dazzled the fashion world in 1985 with a series of black nylon handbags and backpacks. Prada has flourished as a billion-dollar company, transforming the fashion world through stylish minimalism based on pared-down design, innovative fabrics, and computer-enhanced patterns, become influentially iconic.

Fashion icon Carolina Herrera has a keen eye for beauty. Her elegant yet dynamic sense of style was shaped at a young age, exposed to international culture and global fashion trends in her home country of Venezuela. The style expert and fashion aficionado launched her renowned label in 1981, quickly gaining reputable attention for her refined yet chic designs. Carolina Herrera flourishes in her career, celebrated for her classic modernity in dressing celebrities and influential leavers throughout the world. 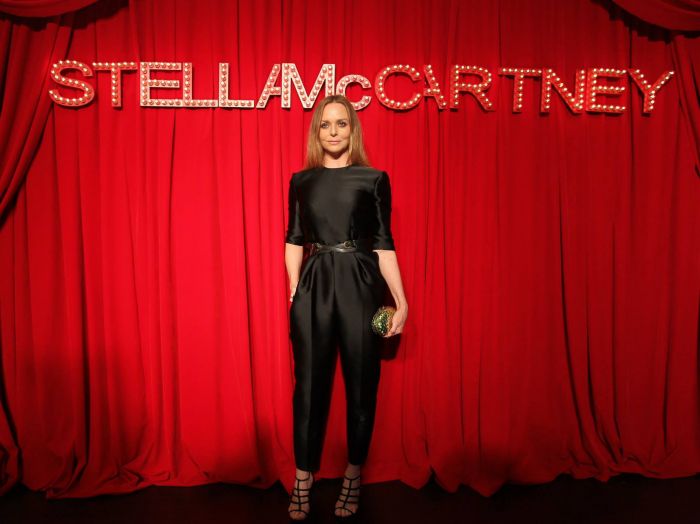 Stella McCartney’s signature sense of style is sharp and sophisticated when coupled with natural confidence and sexy femininity. Born and raised in London as well as the English countryside, Stella McCartney graduated from Central St. Martins in 1995 and two years later had already debuted two collections, and was appointed the Creative Director of Chloe in Paris. The hip fashion icon launched her fashion powerhouse in 2001, famous for chic designs and the brand’s opposition to leather and fur. The now 51-year-old designer’s collections include women’s and men’s ready-to-wear, accessories, lingerie, eyewear, fragrance, and kids.

Daphne Guinness was born in 1967 to brewery heir Jonathan Guinness and prominent French beauty icon Suzanne Lisney. The legendary UK designer is an heiress, socialite, muse, and mother and has been a fashion stylist, film producer, designer, and perfumer. Daphne Guinness is celebrated for her love of couture and extravagant personal style.

Known for her distinctive aesthetic, Kate Spade was celebrated for her modern, sleek, and vibrant, colorful designs. The fashion designer and businesswoman was born in 1962 in Kansas City, Missouri, and gained fame for her line of Kate Spade handbags in 1993. Her company expanded soon after, including several brand retail stores and her handbags showcased in many high-end boutiques.  In 1996 the Council of Fashion Designers of America honored Kate’s timeless designs by selecting her for the “America’s New Fashion Talent in Accessories” award. Kate Spade, New York is known over the world for their bold and stylish designer clothing, designer shoes, women fashion accessories and more. The iconic designer tragically passed on June 5, 2018, due to apparent suicide.

Allegra Versace was born in Italy and has an estimated net worth of $800 million. The niece of legendary designer Gianni Versace, Allegra Versace received 50% of the Versace design empire after her uncle’s murder in 1997. 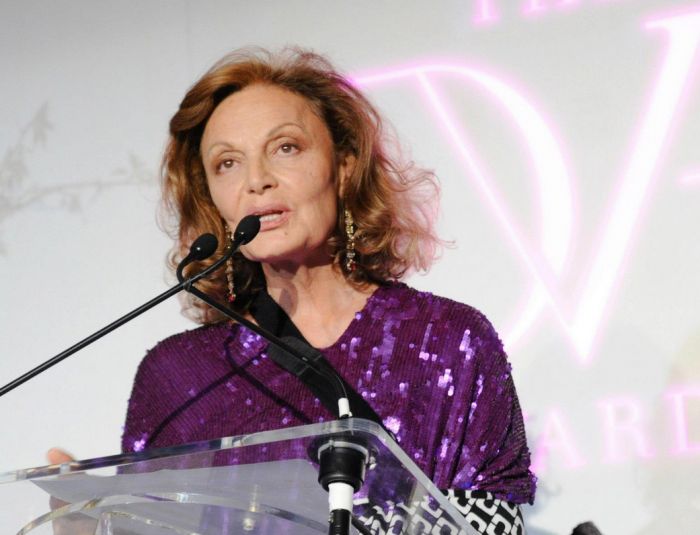 Fashion designer Diane Von Furstenberg is best known for her use of bold color and unique fits, such as her debut wrap dress which launched her career in 1974. Today in what Diane calls her “third-act” she is highly focused on using her voice to empower women around the world through philanthropy, mentorship, and the DVF Awards.

Famous for her preppy-bohemian tunic style, over the past 13 years, Tory Burch has turned her brand into a global household name, celebrity favorite and gained billionaire status! Growing to over 100 freestanding stores, a presence online and in over 1,000 department and specialty stores Tory Burch has learned first hand the obstacles women in the business face leading her to launch the Tory Burch Foundation in 2009 which provides programs and initiatives to help women-owned small businesses 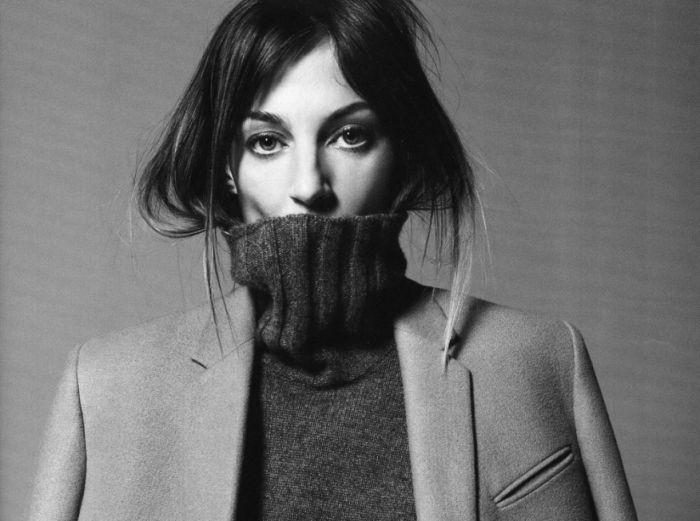 Phoebe Philo British fashion designer Phoebe Philo is known for her stunning yet understated designs. Her love of fashion started at a young age and went on to study design at Central Saint Martins. After graduating, Philo moved to Paris to join the house of Chloé as Stella McCartney’s design assistant. She took over from McCartney as creative director of the label in 2001, where she presented her first ready-to-wear collection in October of that year. In 2002 she launched the label’s accessories line and was appointed a creative director of French fashion house Céline in September 2008.

Bridal gown connoisseur, Vera Wang began her career as the youngest editor ever of Vogue where she spent 17 years. It wasn’t until age 40 and after 2 years working for Ralph Lauren that she launched her collection. Vera Wang has become a lifestyle brand offering a variety of fashion and home products.

Vivienne Isabel Swire – a famous female designers was born in England on April 8, 1941. Considered one of the most eccentric and candid fashion designers in the world, Westwood rose to fame in the late 1970s when her early designs helped shape the look of the punk rock and grunge movement. Her daring sense of style has made her an iconic fashion figure who will go down in history. Vivienne Westwood is truly a living legend in the fashion world.

German famous female designers, Jill Sander, created her first collection in 1973. She soon became celebrated for designing sophisticated, stylish workwear that was expertly tailored and made in lavish fabrics. Her collections had neutral color palettes and focused on simplicity and wearability, which stood in stark contrast to the brightly hued, highly embellished looks that would follow in the 1980s.

American fashion designer Anna Sui is famed for her boho-chic style aesthetic and several ready-to-wear collections. The Detroit native has mastered the art of pairing bright colors with black and used bold fabrics that reflect her Asian culture and individual creativity.

High fashion – more eloquently known as haute couture – is the creation of exclusive clothing made from exceptionally high-quality fabric and sewn with expert finesse by trained hands.

Luxury fashion houses design, create and market high fashion clothing and accessories which are trend-setting, limited in quantity and extremely expensive to purchase.

For labels to be classified as a high fashion brand, the designer must show their collection at one of the world’s four annual major fashion weeks in Paris, Milan, London or New York.

Many of the world’s top designer brands are based in Europe, most notably across France, Italy and the UK, and despite global economic uncertainty the luxury fashion sector continues to grow faster than many other industries.

Because of this, major business publications such as CNBC, Forbes and Business Insider run a yearly financial analysis of the best performing brands on earth to determine what fashion house fares best in the sartorial sales stakes.

A Female designer creates clothing, including dresses, suits, pants, and skirts, and accessories like shoes and handbags, for consumers.
Some fashion designers focus on costume design and create wardrobes for television, movie, and theater productions.
A fashion designer's salary varies based on the area of expertise, level of experience, education, certifications, and other factors.
You don't need a college degree to become a fashion designer, but that doesn't mean you shouldn't get one.
Most fashion designers work for wholesalers or clothing manufacturers that produce clothing and accessory items for retailers.
Female designers need a strong sense of creativity and artistic vision.